OpenStreetMap launched 10 years ago with the slogan of Free Wiki World Map has taken developers and map lovers by surprise, providing editable map data, making it easier for people to interact and navigate.

Even though the competition has already previously mapped every inch of the globe, their restrictions on availability combined with complexity in rendering of information and lack of detail in many regions has made people to start using OpenStreetMap as an alternative.

OpenStreetMap started in the UK back in 2004 and is still largely dominated by European input, however North America use has grown over the past few years with the help of many organizations such as Esri who has included OpenStreetMap  as one of their free base map layers.  Since OpenStreetMap is a crowd sourced application, its future depends highly on its ability to attract more active users.

So to help celebrate 10 years of OpenStreetMap we have created a series of articles dedicated to open source mapping and web applications that have been either built with or that make use of OpenStreetMap.

Also check out some of these OpenStreetMap & Open Data related Topics: 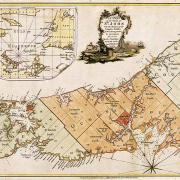 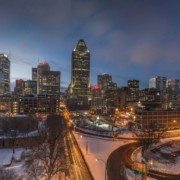