Looking for GIS or
Geomatics jobs
in Newfoundland? 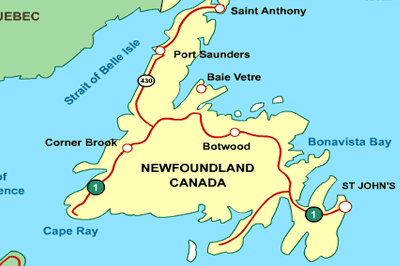 The largest city of Newfoundland and Labrador, located on the eastern tip of the Avalon Peninsula is St. John’s. It is also the most populous Metropolitan Area of the province, and also the second largest in the Atlantic Provinces (only smaller then Halifax).

The city has a long and rich history as one of the oldest cities in North America.Better known for a prosperous history in the fishing industry, it has been transformed into a more modern export and service centre over the years.

Thanks to many recently discovered oil and gas fields, the province has changed from a “Have Not” one to one that supports others thanks to an economic boom that has spurred population growth and commercial development. Geomatics is one of many industries that has been able to benefit from the economic boom and you can often find many GIS jobs offered in and around the St. John’s area.

If you are looking for GIS jobs in Newfoundland and Labrador, then we recommend checking out the employment opportunities listed on the Canadian GIS job board (GISjobs.ca) as well as the dynamic job search tools below …