Since starting our Open Data Resources page in 2010, we have received thousands of requests from people looking for various geospatial data to use with their geospatial projects. We now have an ongoing list of places where you can find Canadian LiDAR Data that is available to use for free.

To help provide better access to open data, Google has launched a beta version of their Dataset Search tool, so that the geospatial community can discover the data they need for their projects

ColorBrewer 2.0 is a simple online tool that helps you choose appropriate color schemes to use with your online mapping projects. It works with 3 different types of data schemes: sequential (data that ranges from low to high), diverging (data with equal an emphasis on critical values and extremes) or qualitative ( best suited for nominal or categorical data).

An online mapping tool of Toronto has been providing users the ability to compare locations in Toronto through various periods of time from 2013 back to 1818. Check out this neat online mapping application that helps promote historic maps of Toronto … 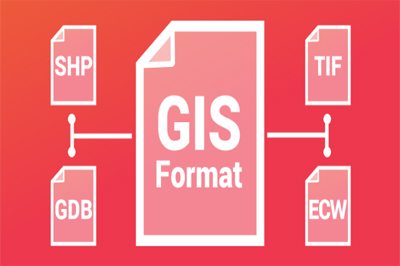 How well do you know your GIS formats?

Because an unknown GIS file format can be every GIS analysts worst nightmare.

In a GIS career, a person will encounter a wide range of GIS formats. GIS technicians manage, share and create data in various geospatial data formats. Here is the Ultimate List of GIS Formats & Geospatial File Extensions, some are common while some are not so common.

Where does one look when they want to find Canadian Pirate Maps?

Pirate maps are often hand drawn spatial representation on paper that mark locaions of buried treasues or important landmarks. Pirate maps ussually appear rough or tattered from being passed through time or simply being used in the rough elements, like on salt spray on the deck of a pirate ship. Most kids are familiar with pirate maps thanks to great works of fiction like “Treasure Island” and the legends of “Captain Kidd”, and theses days most kids most can relate pirates to thanks to Disney.

Now to be quite honest we do not actually have any real Canadian Pirate maps to share (although am sure that some exist, like maps the Oak Island treasure) but instead we have an online web mapping application to share that uses regular Google web maps but makes it appear to like pirate maps (like the map of Prince Edward Island above).

This mapping application operates just like regular Google maps, with the same navigational tools but instead adds a filter to the map to make it appear more rustic and adds some pirate themed symbology. You can navigate or search for any place in Canada and create a custom fun map that looks like a pirate map.

“Yarr, Pirate Maps is the greatest invenshun since iBones. It’s just like usin’ real google maps, but better – ‘cos everythin’ is all piratey and mappy.” yarrmaps.com

Now it may not be the most useful web mapping application, but it is always great to find ones this that helps make maps more fun.  Give it a try for your self …

Data is a vital role in geomatics related projects and for many years we have been helping people find Canadian data resources. Here you will find a large list of Nova Scotia Mapping Resources …