Click Here to go back to the start of this article

This is part 2 of the feature – Comparison of Free Online Map Sites ‘Bing Maps vs Google Maps’ that takes a closer look at Google & Microsoft’s web mapping services. 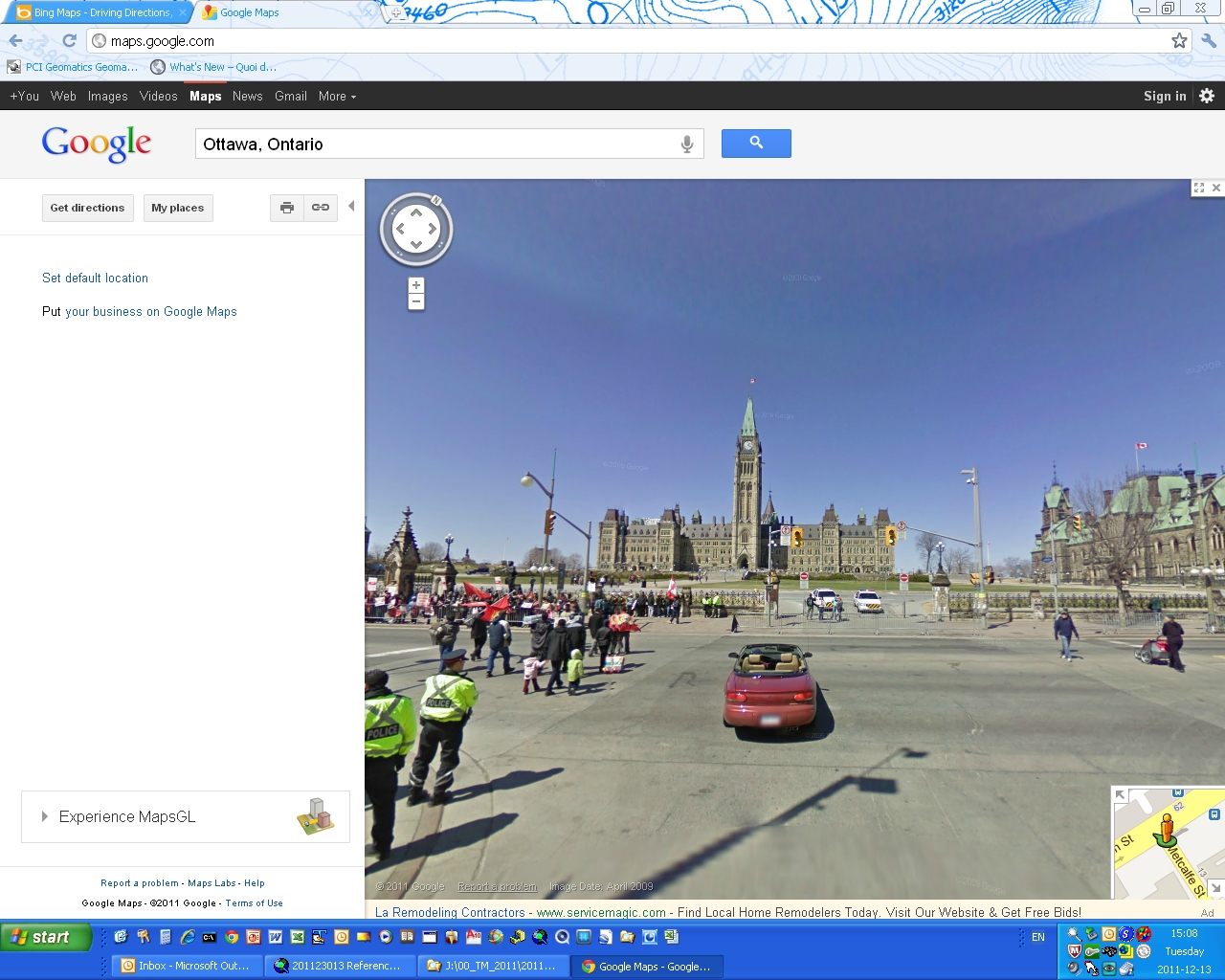 Bing Maps is Microsoft’s web mapping service provided as a part of their Bing suite of search engines and powered by the Bing Maps for Enterprise framework. Originally called Microsoft Virtual Earth, the first version was released in 2005.

In 2010 a fully overhauled design for the default view was launched as well as adding dynamic labels. Bing optimizes the power of the Silverlight engine combined withAJAXto serve the map data into your browser application.

The Bird’s Eye imagery feature provides end-users with high-resolution, oblique look angle imagery in four different look-directions providing a different visual context appealing to many spatial tasks. This neat feature allows you to look at an object from one angle and then spin your screen around and see the same object from a different perspective. 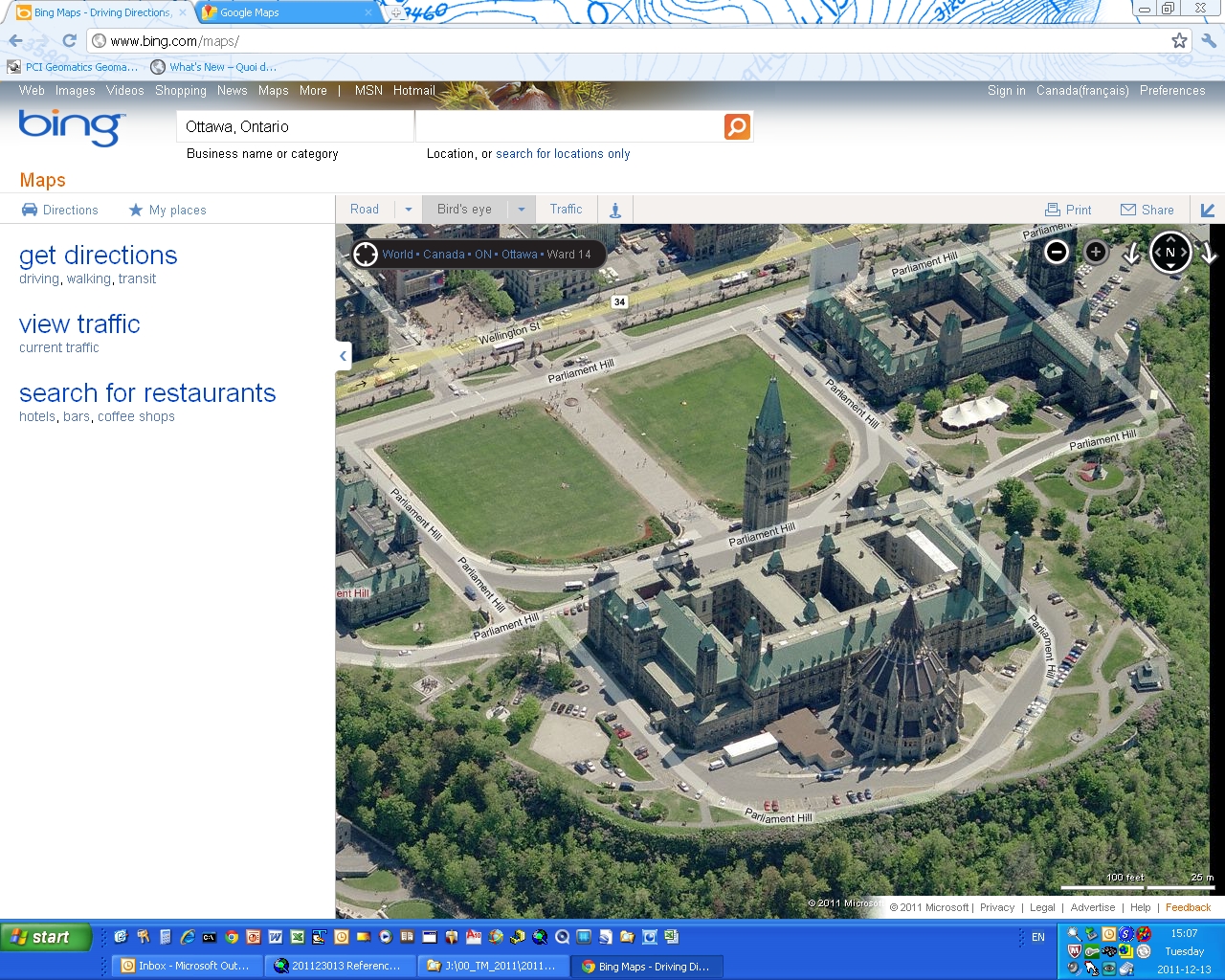 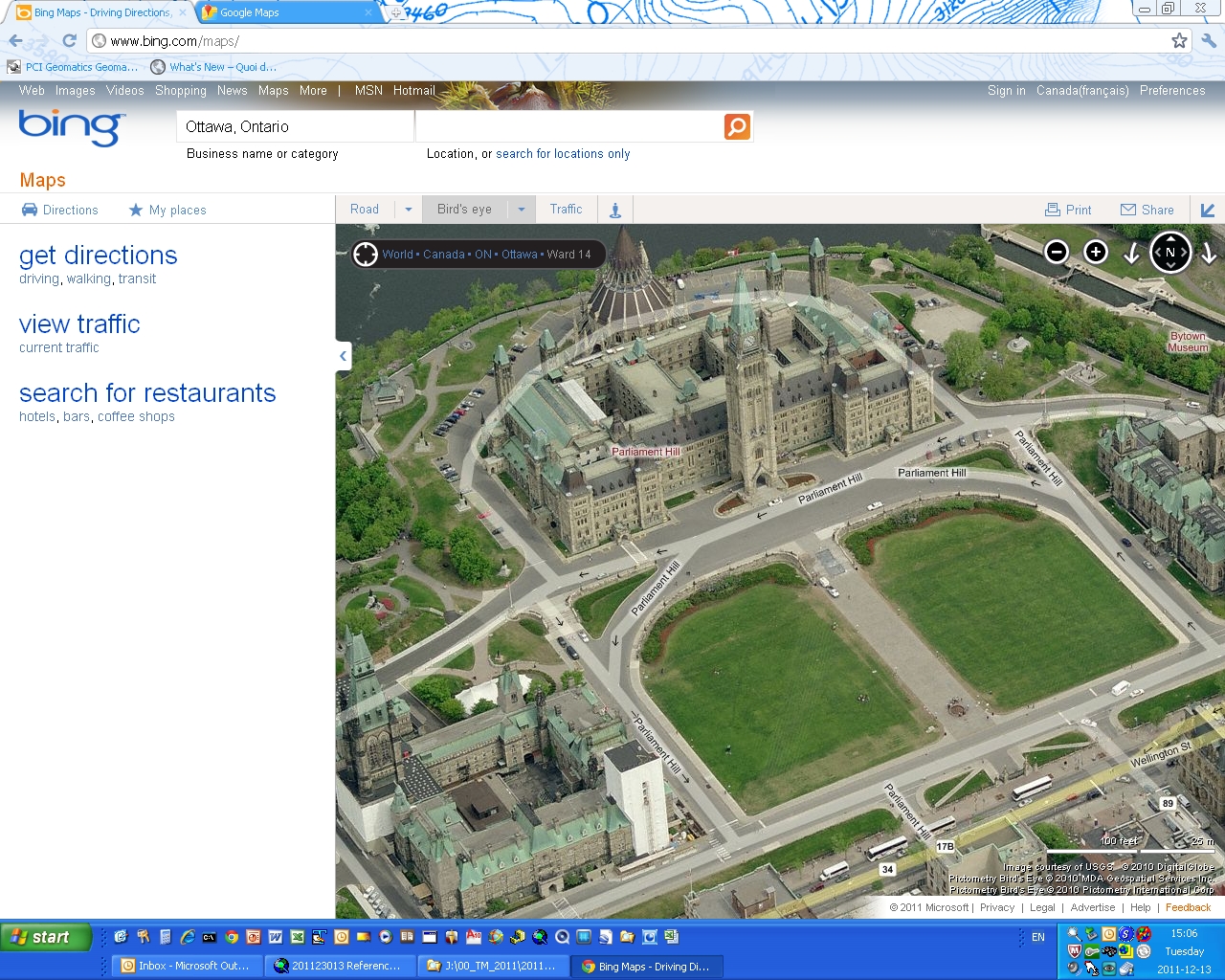 Bing Maps provides traffic information and ClearFlow traffic data, as well as allowing users to share maps and embed them into their websites. Other features include people, location, and business search functions, and satellite imagery (“Bing Maps,” 2011; Pike, 2010). 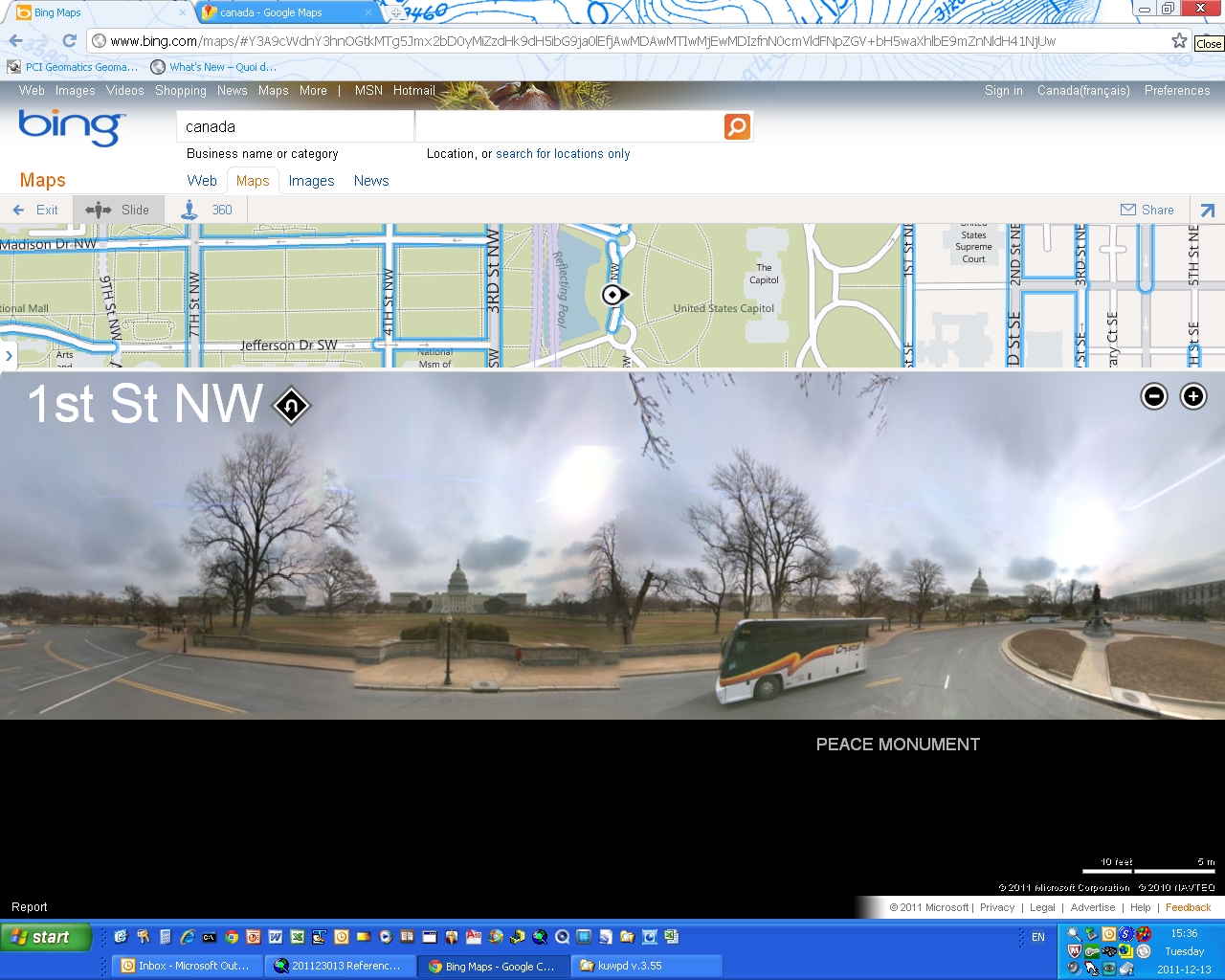 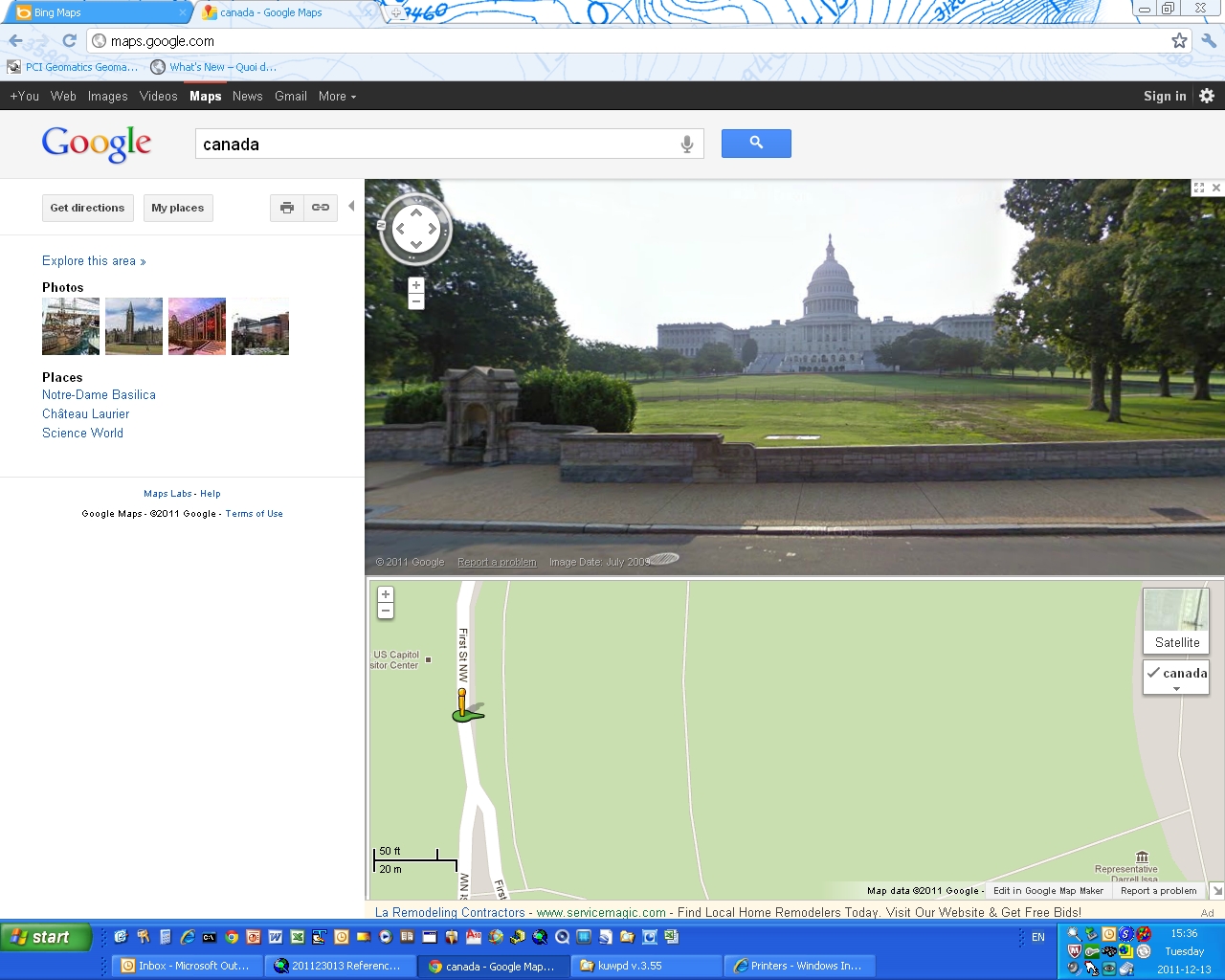 How to Get Ontario Topographic Data 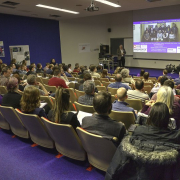