The National Hydro Network (NHN) is a seamless geospatial vector data set with attributes that represents Canada’s framework of inland surface waters. It was created from different databases as part of the GeoBase Surface Water Program, to help with flow analysis, watershed management, environmental and hydrographical applications, as well as a multitude of other cartographic applications.

The NHN uses the best base data available from regions all across Canada and essentially provide: 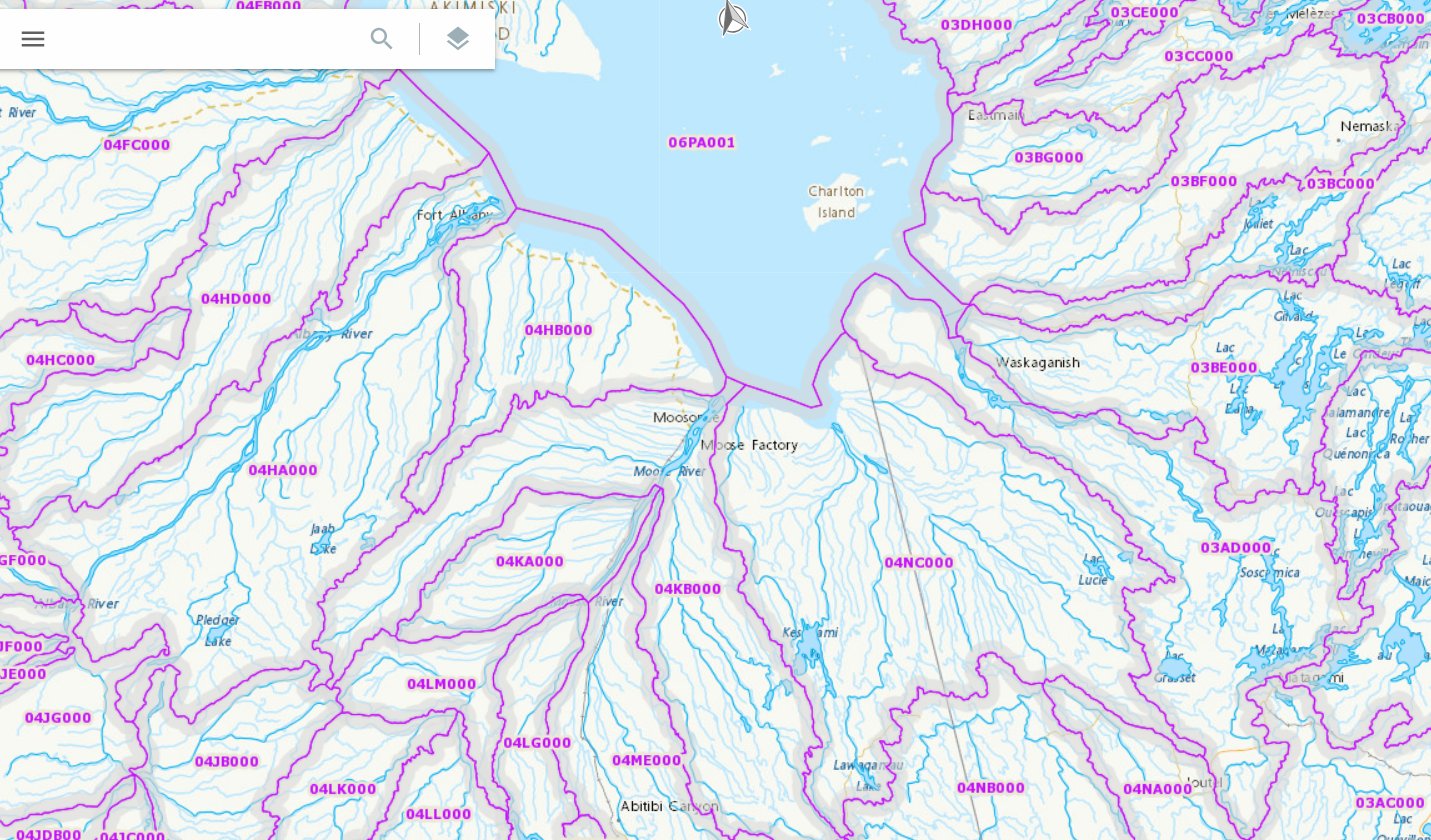 The spatial resolution of the data is approximately 1:50 000 (… some of it was created at larger scales such as 1:10,000 and 1:20,000) and should suffice for most projects that requires hydrographic information. If you are creating large scale maps then you may want to check the regional or municipal data portals.

This data was originally distributed and housed within the GeoBase portal, but is under the responsibility of Natural Resources Canada and can now be found on the Federal Government’s Open data portal => https://open.canada.ca/data/en/dataset/a4b190fe-e090-4e6d-881e-b87956c07977 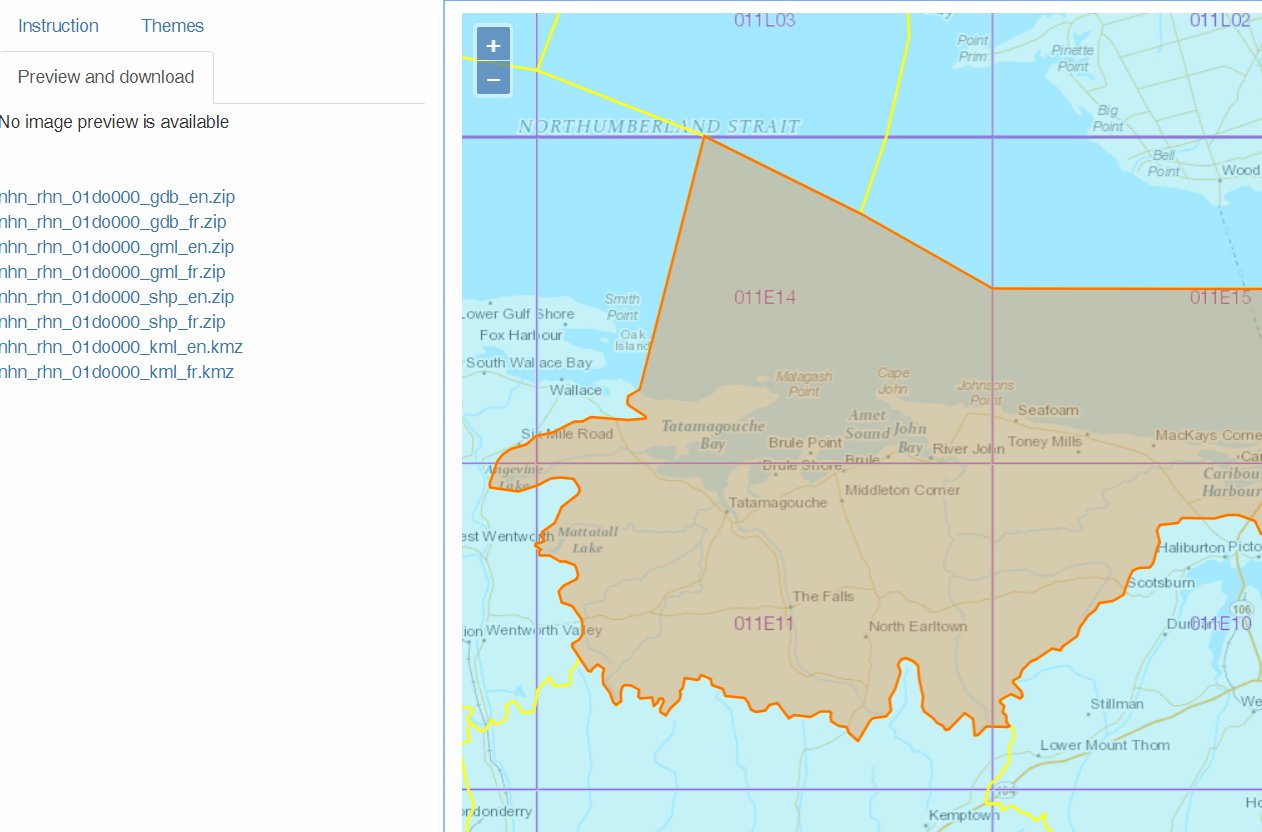 To find out what drainage units you need to download, you can use one of the index files that will provide you with the NHN unit number http://ftp.maps.canada.ca/pub/nrcan_rncan/vector/geobase_nhn_rhn/index/

There is also an interactive map viewer that you can use to determine what NHN unit number you need http://ftp.geogratis.gc.ca/pub/nrcan_rncan/vector/index/html/geospatial_product_index_en.html#link

Or you can use the Google Earth KMZ index file, that will both help you find the NHN unit number you need and provide the links you to download the data http://ftp.maps.canada.ca/pub/nrcan_rncan/vector/geobase_nrn_rrn/doc/