Civic addressing is much more than a collection of community names, street signs, and numbers on homes and businesses. It is a complex system that involves the public, municipalities, First Nations, government departments, emergency response, and service providers; and is used for everything from pizza delivery, emergency response, bus routing, to elections. 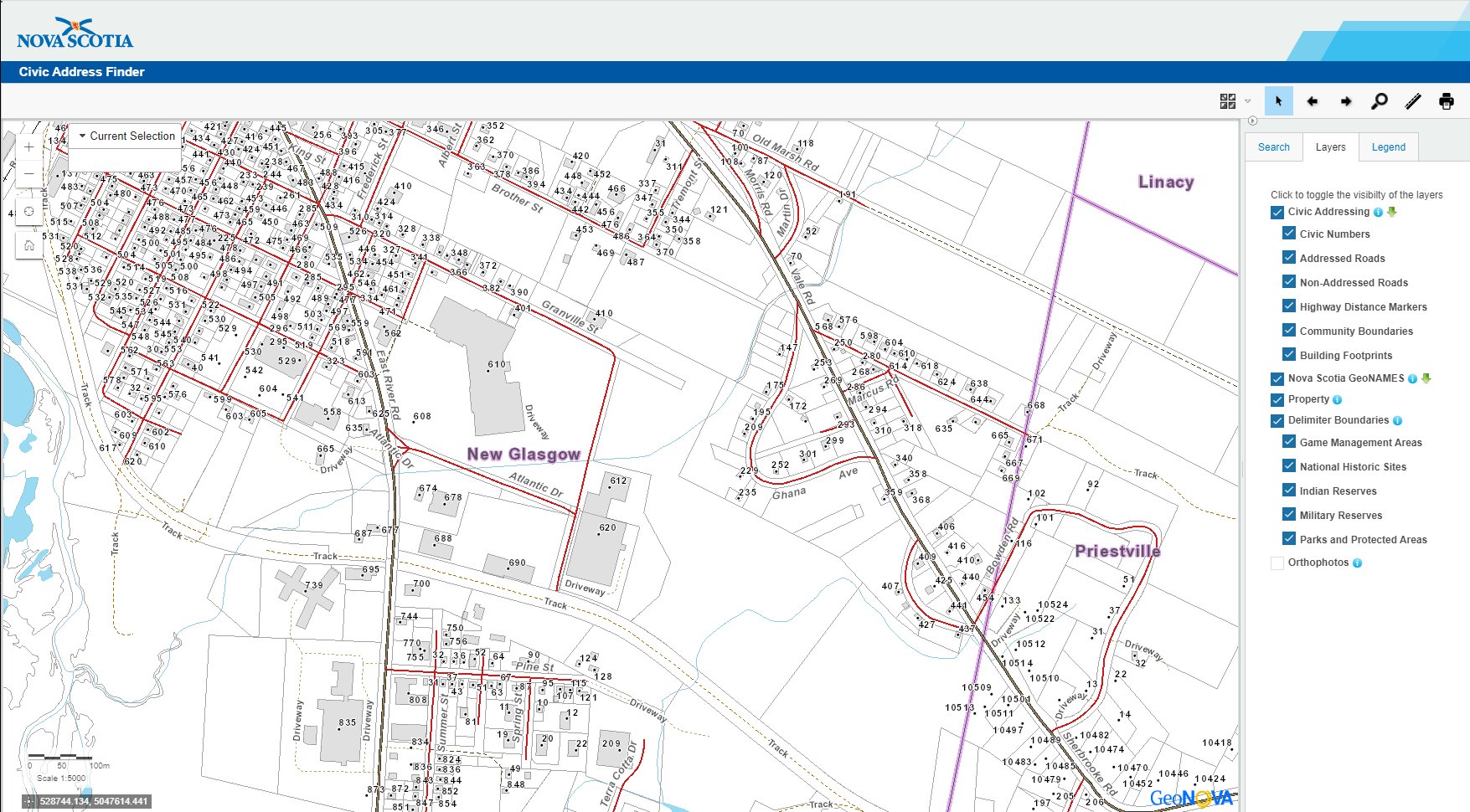 In 1997, the Province of Nova Scotia and it’s Municipal Relation identified a need for a province wide electronic, geo‐referenced location based address database, and as a result the Nova Scotia Civic Address File (NSCAF) was created.

The NSCAF project would help provide a standard, geo‐referenced electronic database of civic addresses province wide and a supporting maintenance strategy to maintain the data going forward. It would assigned proper addressing to every home and business in Nova Scotia, and was fundamentally managed as a spatial database, using geo-referenced points (civic locations), lines (road segments), and polygons (communities) to define the location of the addressing elements and their georeferenced context.

Over time most residents came to learn that every home and business in Nova Scotia is assigned a civic address consisting of a street name, civic number, community and county names but most were not aware is often how to find out what their proper civic address is. 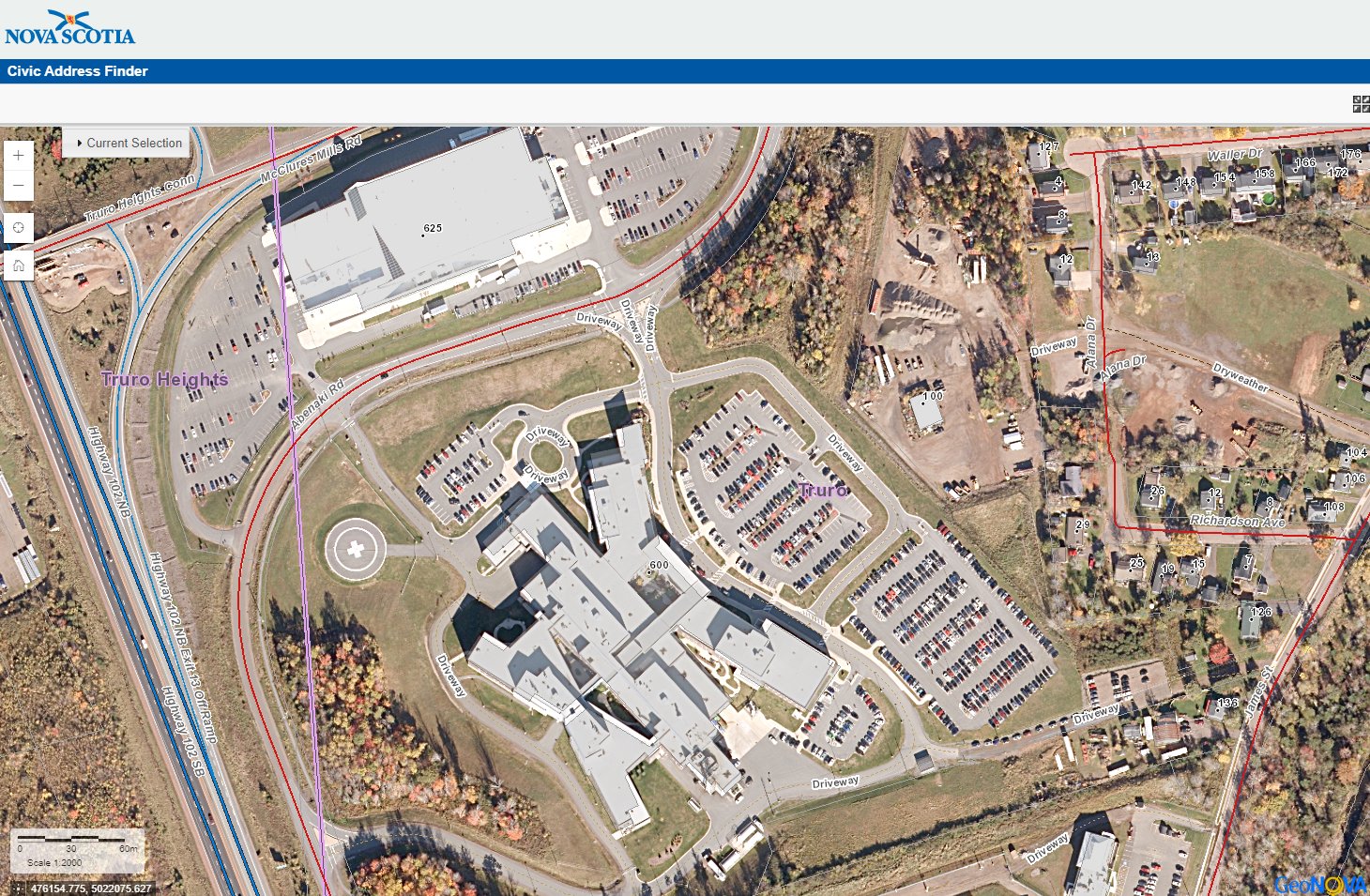 For full details on all the applications fucitionality, check out the Nova Scotia Civic Address Finder user guide. 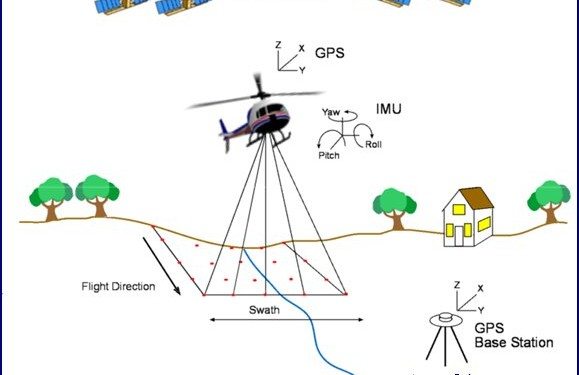 Since starting our Open Data Resources page in 2010, we have received thousands of requests from people looking for various geospatial data to use with their geospatial projects. We now have an ongoing list of places where you can find Canadian LiDAR Data that is available to use for free. We hope that as more people start using this data and that the geospatial community will help us add more Canadian LiDAR Data sources to this page ...