GRASS GIS, commonly referred to as Geographic Resources Analysis Support System, is an open source GIS software that is commonly used for geospatial data analysis, data management, image processing, cartography, spatial modeling, and data visualization. It was originally was developed by the US Army Corps of Engineers and is a founding member of the Open Source Geospatial (OSGeo) Foundation.

It offers both an intuitive graphical user interface as well as command line syntax for ease of operations. It can interface with printers, plotters, digitizers, and databases to develop new data as well as manage existing data.

The latest  stable version available is version 7.  GRASS GIS v7 provides support for large data , has an improved topological vector engine and improved vector network analysis tools. Click here to download it for yourself and give it a try. 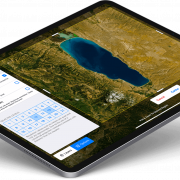