The Ontario Medical Association (OMA) needed to build a province-wide database to perform multiple pieces of analysis regarding all doctors and facilities in Ontario. This initiative was partially driven by the needs of various incentive programs that use a “rurality index” that measures where doctors were located in relation to the population and health centres. Driven by a federal mandate handed out to all provincial medical associations, the OMA needed an effective way to assess access to care in rural areas of the province, in order to then place doctors closer to their patients and facilities. 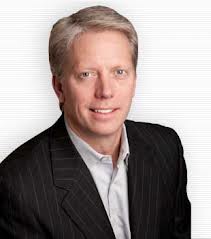 The OMA approached DMTI as they had previously established a strong relationship with them to obtain data such as Postal Boundaries. Not only was DMTI up to the challenge of helping the OMA with this project, but their Professional Services Department was able to develop a new custom algorithm to complete the routing in a time previously believed impossible. As a final product, DMTI delivered a reliable, centralized database in the form of two routing tables.

The first table provided the shortest driving distance between any two postal codes in the province. The second provided the shortest total time between any of these same points. These tables consisted of over 142 billion records, the largest data delivery in DMTI’s 18+ years, and one of the largest in GIS history. This centralized database will allow the OMA to perform numerous economic analyses, including meeting the federal mandate of determining appropriate physician incentives in rural areas.

The full case study can be found at: http://bit.ly/Wecupa