Yesterday Nova Scotia went to the polls for their 39th Provincial Election and at the end of the day elected a new Government. This time around Elections Nova Scotia, the organization responsible for the establishment and maintenance of the Province’s election related data and governing election activities provided an online interactive web mapping application tool. 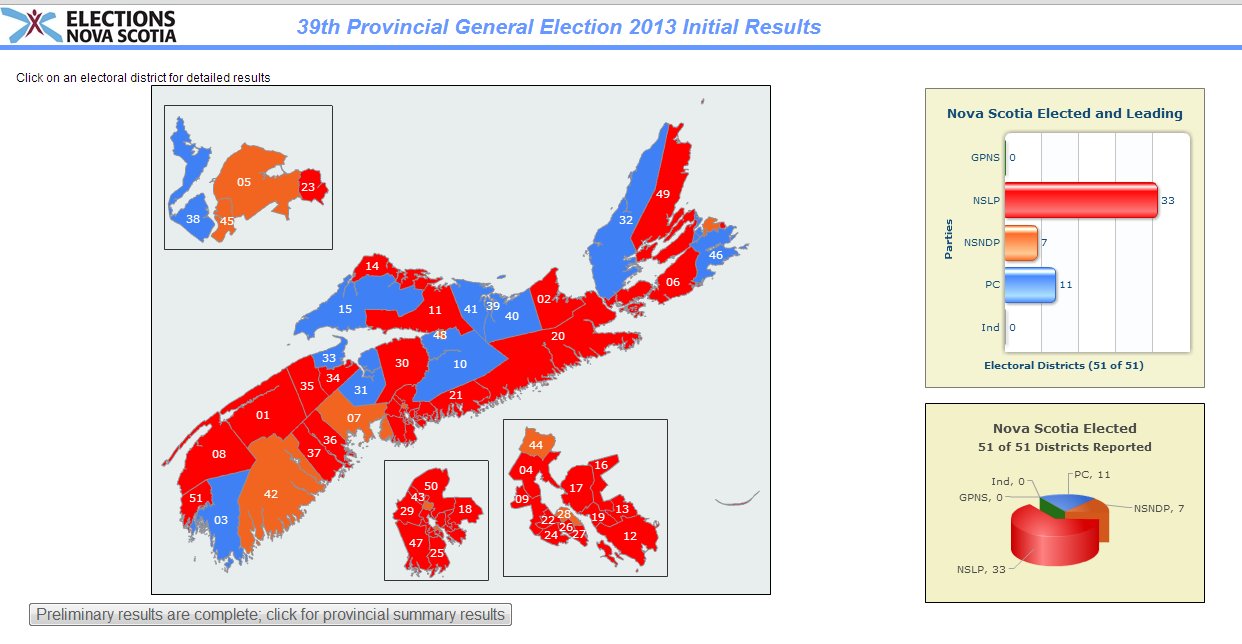 The Elections Nova Scotia interactive web map on their website spatially highlighted the 2013 election results for each riding as votes were being tallied by coloring the polygon for each electoral district with the official political party colors (e.g. red for Liberals, blue for PC and orange for NDP). The map was simple to use, did not contain too many tools or options and automatically refreshed every 20 seconds with updated information.  There were some graphs along the side that highlighted results and users could zoom into any area of interest as well as click on any electoral district to get more information.

Overall it was a great visual tool for showing election results and seemed to work much better than a similar mapping application that CBC news had on their website. I had the application running on my laptop for several hours after the polls had officially closed and did not run into any technical issues and was able to quickly and easily determine who was leading / winning  the election. 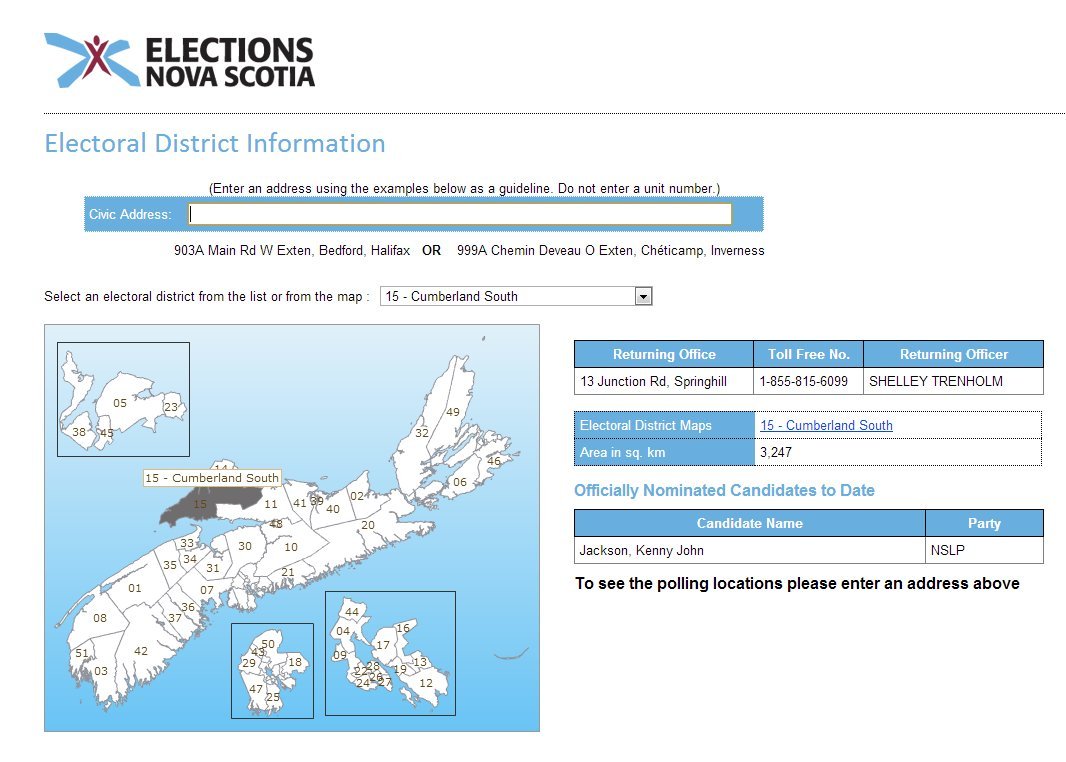 Prior to Election Day, the same online map also provided Nova Scotians with valuable information such as a new method to help determine what electoral district they belonged to and who were the candidates that were running in each district with some history on the riding.  Users could type their address into the search box above the default map and the corresponding electoral district would be displayed with any pertinent information. A very useful tool as there was several newly defined districts in the 2013 Nova Scotia election.

I think that Elections Nova Scotia did a great job utilizing their online interactive web mapping application that was simple to use and quickly got the message out in a timely fashion. Check out the Elections Nova Scotia online map for yourself – http://electionsnovascotia.ca and perhaps other Provinces will follow suit and provide their citizens with online interactive mapping tools like this for when it is time for them to go to the polls.