Leading Edge Geomatics, based out of New Brunswick has announced that they now can offer their valued clients access to DigitalGlobe’s extensive collection of high resolution satellite imagery. These readily-available detailed images can easily meet any project needs and help out on future projects.

For more information, or a free quotation, please inquire with Leading Edge.

Do DigitalGlobe and GeoEye Complete each other?

Yes. At least that’s what Walter Scott, founder of DigitalGlobe, thinks about the companies’ proposed merger. OK, the combined entity will be known as DigitalGlobe, but while this looks on the face of it to be a thinly veiled buyout, title aside this cannot be much farther from the truth. If one actually looks at the various terms of the deal and its benefits to the companies, it is increasingly looking like GeoEye is the missing piece in DigitalGlobe’s puzzle. 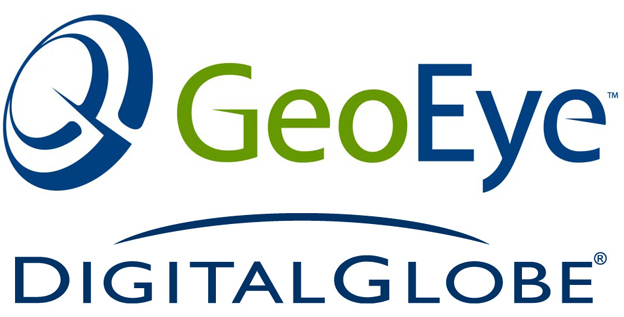 While there is no doubt that the merger will certainly help the companies in many ways, one cannot but help wonder if the deal got its final push after the US National Geospatial-Intelligence Agency (NGA) elected to cut GeoEye’s share of a 10-year contract vehicle called EnhancedView, Oh, and DigitalGlobe’s part of the contract has been left intact. The terms of the deal and how it affects the companies will be discussed later, but first the benefits.

There is no doubt that combining the synergies of the two companies will certainly open up new revenue streams for each while also bolstering their offerings. One very important advantage is that while both the companies rely on the US government for 60% of their revenues, the combined entity will draw only around 50% of its revenues from the US government, helping the companies diversify their revenue streams. DigitalGlobe’s Scott expects the merged company to be able to manage its total satellite constellation more efficiently, while also taking advantage of the capabilities of each of the sensors. To quote Scott, “…in some aspects 1+1 is more than 2.”

There are other advantages available to the combined entity as mentioned by GeoEye CEO Matt O’Connell was the satellite imagery business outside the US, while also allowing it to compete with other collection methods, such as aerial imagery collected from UAVs. Scott even added that the deal enables the companies to be in a better position to compete against foreign government-subsidised systems like France’s Astrium.

Now coming back to the contract, GeoEye is currently negotiating conditions of NGA’s remaining $70 million in cost-share payments related to the GeoEye-2 satellite scheduled for launch in early 2013. The NGA has proposed to renew EnhancedView for just three months starting in September, with a nine-month option to be exercised subject to the availability of funds. The deal would see NGA pay GeoEye $39.75 million over the three months beginning September 1, and an additional $119.25 million over the following nine months if funds are available.

The original contract would have paid GeoEye $12.5 million per month from NGA until GeoEye-2 was deemed fully operational around September 2013, following which the monthly payment amount would increase to $27.8 million. The modified contract calls for $70 million in co-payments for GeoEye-2’s construction to be linked to a new series of milestones that GeoEye is fine with.

According to GeoEye CFO Joseph Greeves, the GeoEye-2 construction is still expected to cost between $820 million and $850 million including launch and insurance, with GeoEye having committed $718 million to the project so far. The problem here is that the NGA had previously told GeoEye that the agency may not be able to follow up on its earlier commitment that it would pay $337 million in GeoEye- 2 costs as it was no longer viable, adding that the $181.2 million already approved would probably be the final payment.

While O’Connell expects the final 2013 budget to take “months,” House and Senate are set to put in place a “Continuing Resolution” temporary spending measure to fund the US government at 2012 levels through March 2013. However, O’Connell expects a six-month Continuing Resolution to have “unknown consequences” on the EnhancedView budget. It would be interesting to see how the outcomes of the NGA deal and the proposed M&A deal with DigitalGlobe impact GeoEye, given that GeoEye is continuing to compete with DigitalGlobe on other projects such as the NGA’s GeoInt Data Services business, a five-year contract vehicle for which GeoEye is bidding as part of a team of other contractors.

However, GeoEye is not entirely at the receiving end of the deal as its projects such as its exclusive relationship that provides Google with the “all GeoEye-1 imagery in the Internet search engine space for the next several years,” will continue after the merger along with all other GeoEye contracts.

In spite of all these pros and cons, the deal still has to get many approvals, not the least from the companies’ shareholders, not to mention that of the regulators. But if it does go ahead, will the whole be greater than the sum of its parts?  Sadly, geospatial intelligence may have come along way, but it still can’t predict the future, so only time will tell…