The job market has been slowly recovering but layoffs and high unemployment rates are still causing many people to change their career to an area outside of their college major. The good news is that even when you make a career change, you can still find work and be successful. And luckily enough Geomatics is one of those unique disciplines where one can add to an existing background and branch out into other areas.

The Wall Street Journal says the average person actually changes careers about five times in their lifetime, most of the time ending up outside of the scope of their college major. However, this figure can be hard to define because a simple job switch is not the same as a complete career change. The good news is that no matter how many times you change careers you can always learn from the experience.

There is More to Life then just Work 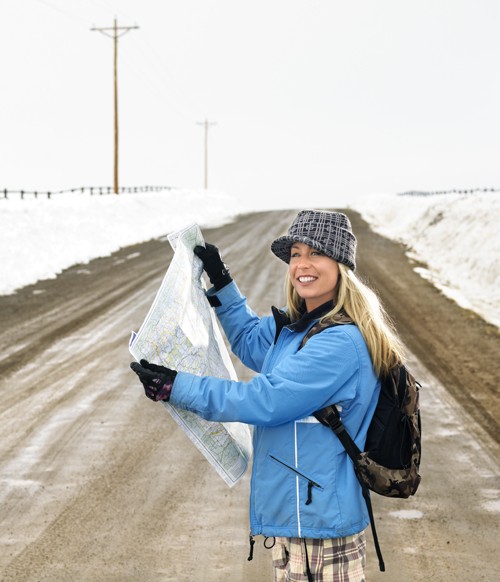 Many recent college graduates that begin working in their area of study feel they have a lot to prove. They work countless hours and give up much of their personal lives. If this sounds like you, a career change may be just the thing you need to show you that there is more to life than your career. Sometimes it takes breaking away from your initial career to see that it’s OK to have a personal life. You can still be fully dedicated during your working hours; however, having some time to yourself will make you a better all-around person. Get outside and put some fun into those maps that you find your self making every day.

Each New Job Helps to Define You

Even if you have had 10 different jobs over your working career, it’s important to realize that each experience has taught you invaluable skills. According to BusinessInsider.com, what you bring to the table at your new job is valuable and unique. Your experiences define you, so embrace every job you have had. Sometimes the entry-level jobs you may be embarrassed by have taught you your most valuable skills. For example, working in a support role teaches you an amazing amount of patience dealing with clients, and working as a technician or analyst requires a keen attention to detail.

If you have spent the past decade in the same field, you may think you are not qualified to work in another position. However, necessity can bring surprises you never expected. You may even discover a hidden talent that you never knew you had. Whether you are thinking about changing careers because you are unhappy, or you are forced to look for something else, you will undoubtedly discover new, surprising things about yourself.

It’s important to always be learning and growing. With each new job change, you will grow and develop as a person. Remember, your past has made you who you are. Embrace it and you are sure to be successful. Geomatics jobs are out there but they are becoming more specialized with the need to have a diverse background, so don’t be afraid to switch your career and join the growing Canadian geomatics industry.

Article provided by Melissa Maranto. Melissa studied English at UCLA and is now a magazine editor who still loves the beach as much as she did as an undergrad.

Social media is a method for online networking interaction, using highly accessible and scalable publishing and marketing techniques. Traditionally people have always gained information, education and news through electronic and print media. Social media is distinct from industrial or traditional media, such as newspapers, television and film because it is relatively inexpensive and easily accessible to enable all most anyone to publish or access the information, compared to traditional media, which generally requires significant resources to publish, promote and distribute the information.

Web based social services make it possible to connect people that share common interests and activities across political, economic, and geographic borders. Several popular websites have begun to tap into the power of the social networking model for philanthropy. Such models provide a means for connecting otherwise fragmented industries and small organizations without the resources to reach a broader audience with interested users. Social networks are providing a different way for individuals to communicate digitally. These communities allow for the sharing of information and ideas, an old concept placed into a new digital environment.

CanadianGIS.com has been active with several social media web-based technologies for marketing, interactive communication and networking opportunities with others in the geomatics industry. You too should get involved in networking with us and others in GIS to help further build on the Geomatics foundation of your career.

I have provided some basic information below on ways that I have been social networking  with other GIS professionals and encourage you to try some of these as well (if you have not already done so). If you are looking for a starting point then contact me, I will be more than happy to network with you and help get your geomatics networking circle started.

LinkedIn is the one of the largest professional networking web sites with over 80 million members and growing rapidly every day. The goal of LinkedIn is to help connect you to your trusted contacts and to help you exchange knowledge, ideas, and opportunities with a broader network of professionals in your field. There is a strong presence of GIS proffesionals on LinkedIn and the numbers continue to grow.

The big difference with this social media site compared to others sites such as FaceBook is that it is more career orientated and an important place to have your resume, portfolio and other career tools listed.

If you had to choose only one social media networking site to join and really wanted one that can help boost your career then this would be the one to join.

To successfully grow your professional network, you often need to reach out to other people you already know or meet others with common interests and invite them to join your network. If you have not joined LinkedIn yet and you are trying to increase your presences in the geomatics industry then I really recommend that you consider joining LinkedIn (it is free, although they do have some paid services that can help you further).

You should check out and the Canadian GIS LinkedIn group – http://www.linkedin.com/groups/Canadian-GIS-4150297 – it is like an extension of the website where group members can post information, ask questions, interact, find jobs etc. And the best part is that the other members of the group are all there for the same reason. The group sends out weekly emails with updates so you can only tune into discussions that really interest you if you want. Currently there are over 500 members in the group from all regions of Canada.

Twitter is a web site that offers a social media texting service, allowing its users to send and read messages shared among one another called tweets. Tweets are small text-based posts of up to 140 characters displayed on the user’s profile page. Users are encouraged to subscribe or follow to read other users’ tweets, also known as following and the subscribers are known as followers.

People send and receive tweets via the Twitter web site, compatible external applications (such as smart phones), or by text message through a smart messaging system (SMS). Tweets are made visible on users profiles to anybody (unless you chose to sign up for a private tweet account) as well as they are also get sent to the profile of any followers. So let’s say that Jon Doe has 10 followers, when he makes a tweet message, it will be posted to the twitter site for anybody to read on his profile and it will also be sent and placed on his 10 follower’s profiles, so obviously the more followers then the larger the audience who the message may reach. You may wonder how this can help you in your career; well once again it goes back to networking. The Twitter environment provides an easy way to connect and meet people that you may not know as well as share content and interact with others that have common interests such as colleagues or possible employers.

You will notice that many companies and professionals have gotten involved with sending and receiving messages on Twitter and CanadianGIS.com is no different, Recently GoGeomatics did some research to determine the 10 most influential Geomatics Twitter accounts and @CanadianGIS ranked 4th in Canada.

@CanadianGIS has over eight thousand followers so when I broadcast a Geomatics message on Twitter it reaches a large audience. Therefore if you are already a Twitter member or have considering joining then you should network with me on twitter and keep updated on GIS events, Geomatic related news, jobs, site updates and much more.

I have been involved with social media for several years now and what the two methods that I have covered above are only a small insight to what I know about Social Media. There are many other social media programs and techniques that I use for both my career and to help market my portfolio and Geomatics related websites.

LinkedIn: Join one of our up and coming LinkedIn groups GoGeomatics 1,700+ members & CanadianGIS group 5,600+ members  and feel free to connect with my personal network of 3,600+ LinkedIn professionals as well http://www.linkedin.com/in/tedmackinnon

LinkedIn is the one of the largest professional networking web sites with over 80 million members and growing rapidly every day. The goal of LinkedIn is to help connect you to your trusted contacts and to help you exchange knowledge, ideas, and opportunities with a broader network of professionals in your field.

The big difference with this social media site compared to others sites such as Face Book is that it is more career orientated and an important place to have your resume, portfolio and other career tools listed.

Join CanadianGIS.com on LinkedIn and get connected with others in GIS