Company Profile: CloverPoint has been a leader in spatial software development and IT consulting since 1992. As a development specialist, they have both developed new web-based technology, including the Insight Asset Management Suite, and implemented GIS based solutions to solve their client’s challenges.

This year looks to be very promising for CloverPoint, with their first major release of 2012, they have added a new edition to their already popular Insight product – ‘Line of Sight’!

With security always a major fore front for CloverPoint, this addition provides a new form of security now visible in the Insight 3D functionality. Line of sight functionality is truly a major advancement and a big step forward for CloverPoint. Being able to see a person’s vision in real-world space will continue to help with different security measures and keep security as an important factor across all industries.

Take a look at the video of CloverPoint’s latest addition to Insight:

CloverPoint’s staff specializes in integrating convergent technologies into solutions that directly address the needs and goals of the people that use them. For additional information about CloverPoint, visit their website CloverPoint.com,  call Rohit Bhatia at 1-888–457-2724 or email at Rohit@CloverPoint.com

The Certificate in Spatial Information Systems (SIS) is comprised of nine undergraduate level courses. It can be taken in conjunction with an undergraduate degree or on its own. Students with a previous degree or proficiency in specific areas may be exempted from certain courses but at least 50% of the courses in the program must be taken at SFU to fulfil the requirements of the certificate. 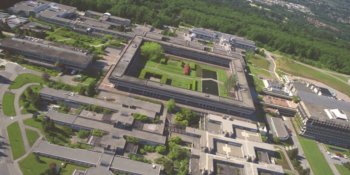 The Simon Fraser University GIS program is comprised of nine undergraduate level courses. It can be taken in conjunction with an undergraduate degree or on its own. Students with a previous degree or proficiency in specific areas may be exempted from certain courses but at least 50% of the courses in the program must be taken at SFU to fulfill the requirements of the certificate. British Columbia is an international leader in developing SIS products, applications and research. The installation and maintenance of the SIS lab as a state of the art facility has allowed SFU to feed this growing industry with qualified individuals who have learned the fundamentals of spatial information systems.

The B.Sc. in GIS is offered though the Faculty of Applied Sciences in partnership with the Department of Geography and the School of Computer Science. The program combines the theoretical, practical and intellectual issues surrounding the use of Geographic Information System technologies. Graduates are exceptionally well qualified to contribute to a rapidly growing industry. They learn how to model data effectively; how to visualize those models using computing graphics; and how to program in object environments. SFU students are encouraged to participate in Cooperative Education to experience these and other career opportunities.

If you are a student, facility or someone who has any more knowledge, feedback or comments to share about the GIS programs at Simon Fraser University then I encourage you to share it . You can either use the contribute more info form or the comment functionality below.

I received a notice from ESRI Canada recently about Changes that are being made to the Microsoft Bing Maps Token Service next spring and thought that I should share it with others in the GIS community incase someone did not receive it or was not aware of the changes taking place with ArcGIS Server and Bing Maps.

The change is mainly related to the move over to ArcGIS 10 Server and should perhaps only affect customers that still using ArcGIS 9.3.1 Server with Bing Maps services. The previous version accessed Bing Maps using a unique Bing Maps user id and password to retrieve a maps token. On March 30, 2012, this Bing Maps Token Service is being discontinued by Microsoft and will be shut down. After this date, all user ids and passwords will no longer be valid, and any applications that were connected to the Bing Maps Token Service will no longer work.

For more information on using Bing Maps with ArcGIS Server can reference the ArcGIS Online and Bing Maps guide or contact ESRI technical support at 1-877-441-0337 or support@esricanada.com.

Our Company Directory contains basic information about the various Geomatics related companies found in and around Canada (with some from abroad) including many key aspects such as the companies basic info, contact info, web site info and geographic location. This section and our data base will continue to evolve over time as more companies are added.

[If your GIS company is not listed in our directory then you should contact us with your details because our basic listings are free for Canadian GIS related companies, or if you want your GIS company to stand out from the rest then we can make that happen for you too.]

To find a Company listing, simply select a province from the list below to find a Geomatics related company in that region, or use any of simple search tools on our site that will allow you to search by company names, Cities or postal code.

[Company info is added often, so if you do not find what you are looking for then we suggest you check back again later, or if you know of some GIS info that we should post, then do share it with us]

Over the past few years CanadianGIS.com has been highlighting and promoting various cities and provinces in Canada that have done a great job providing data and applications to the public.

We created this page a few years ago to collaborate links of all the open geospatial data info (sites that offer data downloads at no cost and without restrictions), fee based geospatial data, online web mapping applications and other great sources of geospatial information (including National, Provincial and Regional levels).

This comprehensive list of open geospatial data, fee based geospatial data, web mapping applications and cartographic products is a valuable asset to many people (… we get hundreds of emails and requests regarding “Where can I find data for …?”) so we continue to update it with new information and sources of Canadian data sets.

Event: ESRI Canada User Conference – Toronto
Date: October 6-7, 2010
Location: Toronto, Ontario
Details: ESRI Canada is pleased to invite you to join other GIS professionals for this exclusive opportunity to learn about the latest advances in GIS technology and hear first hand how others in your community are using a geographic approach in their work.

GIS Tracking Technology Shines in the Light of Healthcare History

It’s universally known that technology has changed the medical field forever. Even a trip to a rural doctor’s office reveals equipment the patient could see in any major city. This awareness has helped the general public to finally become aware of the skill levels possessed by care providers. For generations, most people not in the field assumed that a neighbor with an associate degree in nursing simply changed bedpans and took temperatures. Today, however, both nurses and doctors are directly involved in using Geographic Information Systems (GIS) to protect the public from some potentially lethal threats. Nearly a century ago, this wasn’t the case.

In 1918, several soldiers at what is now Fort Riley, Kansas reported sick with what at first appeared to be routine flu symptoms. No one knew at the time, but these soldiers were the first of tens of millions worldwide who would contract a newly evolved strain of influenza. Over the next fifteen months, at least 50 million humans perished as a result of the fast spreading, quick killing pathogen. The name of the pandemic itself, the Spanish Influenza, illustrates today how the lack of accurate geographic tracking was a major factor in the worldwide death toll.

Scholars have since pinned down the initial outbreak as having begun at Fort Riley and then spread rapidly by soldiers moving from training camps to what would soon become occupation duty in Europe. From ships, train stations, military bases and ports across the globe, the virus spread, mutated and spread again, being recognized as a pandemic only after it has established itself in Spain, by no means the location of patient zero.

Desperate health officials in the United States Army led the American effort to track and contain the epidemic. Despite truly heroic efforts, the influenza mutated once again, only then becoming misleadingly dormant for decades. In 2009, another potentially catastrophic flu pandemic was identified. By then, however, GIS was a part of the World Health Organization’s arsenal to prevent the carnage of 1918-1920.

A Step Ahead of a Killer
Officially known as the H1N1 flu, though colloquially called Swine Flu, the virus spread virtually worldwide during its roughly year and a half emergence. Unlike its deadly counterpart of the early 20th Century, medical personnel were able to track outbreaks worldwide, buying time enough to employ defenses such as school and other closings to mitigate the spread of the virus and the implementation of mass vaccinations. Nurses and doctors were, from the very start of the flu breakout, a computer click away from up-to-date information from the World Health Organization and national health departments on where the spreading was occurring, if the virus had mutated and how best to respond. 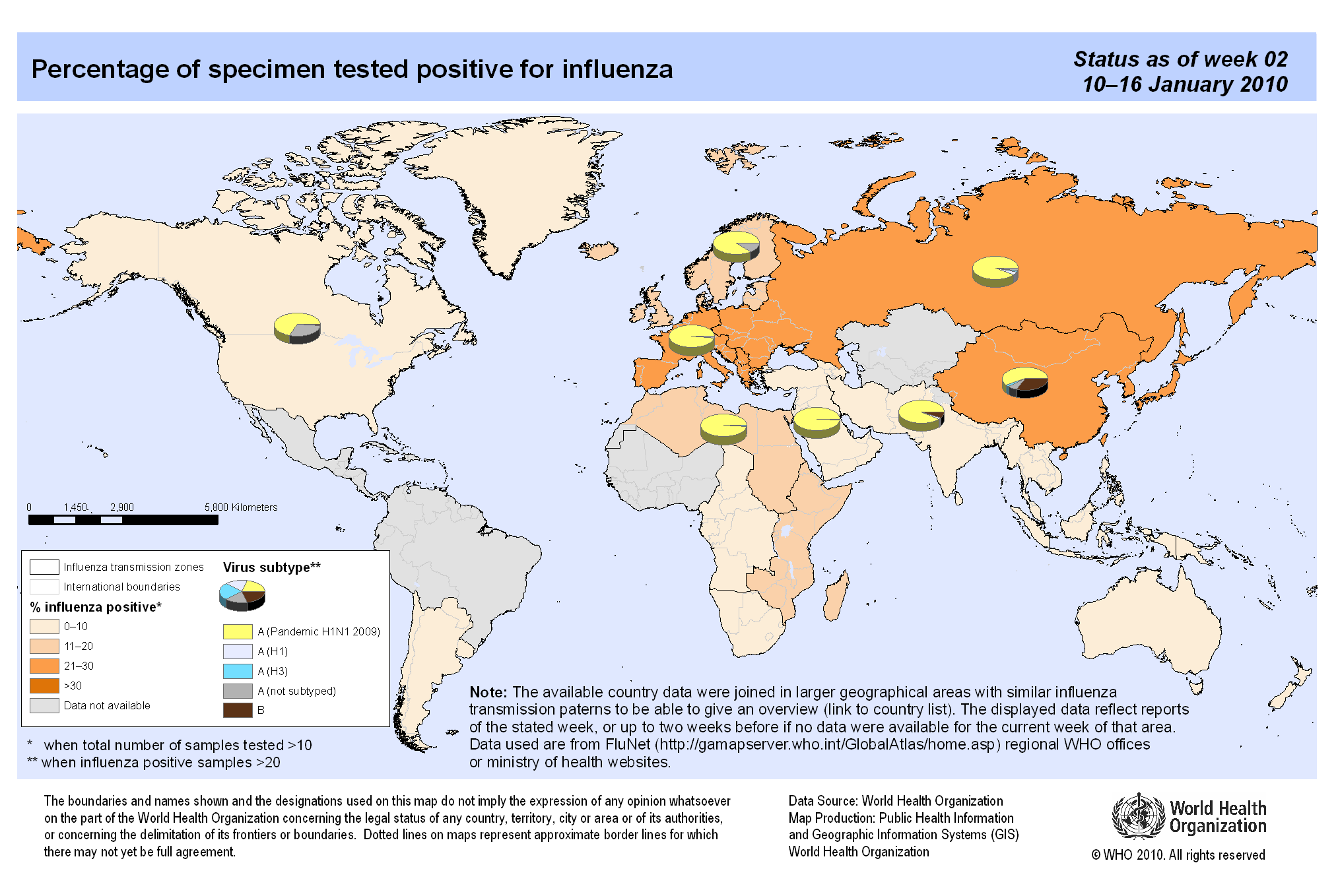 Armed with first-rate information provided and by GIS tracking technology, nurses went into communities and educated officials and ordinary citizens about the facts about the virus. The relatively low death rate – over 25,000, including 428 Canadian citizens [http://en.wikipedia.org/wiki/2009_flu_pandemic_in_Canada] – led to calls of “overkill” on the part of the health community, a conclusion that may well have been a luxury provided by technology at the front lines of a war contained.

Dichotomy of Success
That such an impression of overblown responses seems to defy the knowledge of what havoc an unchecked pandemic can wreak may be, in part, due to the high degree of success provided by GIS and the medical community. But as more and more GIS devices are used to save lives on smaller scales, the value of such technology may be best seen by less than global standards. With future generations of nursing and medical doctors sure to learn how to use GIS technology with the same degree of skill as they use their stethoscope, recognition of its importance is assured. Among the teams of professionals called upon to thwart the lethality of the next major health threat, nurses and doctors will be joined by those in the geomatics field as they fight real killers.

About the author: Lindsey Paco is a freelance author who writes about career search strategies and social media. She lives in the Indianapolis area where she enjoys cycling. [http://www.coloradotech.edu/Degree-Programs/Associate-Degree-In-Nursing]

Team projects provide opportunities for you to apply and demonstrate the technology tools in a real project setting. The projects are structured around current industry initiatives in three key disciplines – GIS analysis, computer mapping and applied programming. The projects help you to further develop problem-solving techniques and work flow strategies required by a wide range of GIS industries.

NOTE:   NBCC announced that they will be discontinuing their GIS Advanced Diploma program next year, any students currently enrolled in the program will be supported through the next academic year to program completion in June 2013. More Details …

If you are a student, facility or someone who has any more knowledge, feedback or comments to share about the GIS program at Niagara College then I encourage you to share it . You can either use the contribute more info form or the comment functionality below.