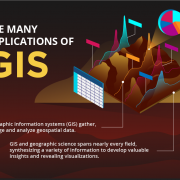 The Many Applications of GIS
0 replies

The Value of Geospatial Information in Economy